The load was deposited under ideal conditions during high tide at lunchtime using a multipurpose pontoon barge with a flat roof.

The barge, named Mormaen 15, arrived from Falmouth in the UK and skillfully placed the massive rocks using a large, long-range on-board excavator between the new quay wall and the town’s east pier.

The rock will protect the new works, including the recently installed statue of Roger Casement, the centerpiece of the long-awaited 13.5 million euros project. 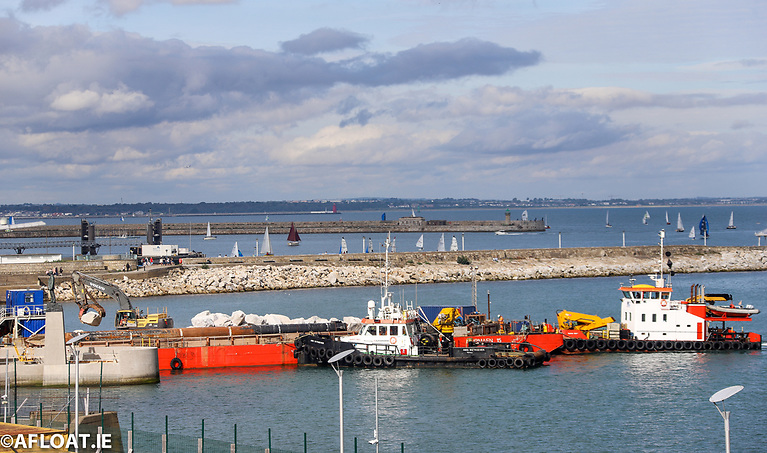 Maneuvering the 60-meter by 22-meter barge at Scotsman’s Bay involved the use of the British-flagged tug Sara Gray, assisted by AMS Retriever.

The Dublin Port pilot boat Camac was also present as shown in the photos above.

The renovation has so far taken more than three years and has been hit by a number of setbacks, including the COVID-19 pandemic. Dun Laoghaire Rathdown County Council had estimated a completion date of December 2021, but this was recently updated to “late spring 2022”.